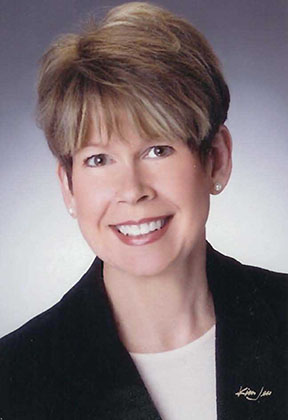 Mary Price DunnCreator of The Legacy Workshop
As a leader in philanthropy, Mary Price Dunn brings over 20 years of legacy planning experience with non-profit organizations into the design and presentation of the Legacy Workshop. The concept of the workshop was inspired by hundreds of conversations around estate planning, often leaving open the question, ‘What am I truly leaving behind, and will my loved ones know why?’

This innovative Legacy Workshop program helps individuals articulate their values and how they want to be remembered, and make legacy decisions that achieve both their personal and financial goals.

“Most of us are longing to understand the deeper meaning of legacy, the legacy that’s rooted in our spirits, not just our possessions. In the Legacy Workshop, people come to see that they can be the creators of their own legacy, that they don’t have to leave it to fate to decide the quality of their lives. Equally important, the Legacy Workshop encourages people to make decisions, and talk with loved ones, about their wishes for end of life care.”

At the age of 68, my father discovered he had an aggressive cancer that had metastasized to his bones. The prognosis was poor. Feeling deeply vulnerable on a journey he had no way to map, he found care and consolation in a cancer support group. There, he was encouraged to think about what was most important to him, how he wanted to spend the time he had left, and the kind of care he wanted at the end of life. They stressed the importance of having an up-to-date will or trust, as well as healthcare directives stating his wishes about end of life care and appointing someone to make decisions if he could no longer do so.

The cancer patients also were invited to complete a questionnaire about their values and beliefs, describing what had mattered most in their lives and how they wanted to be remembered. My father was inspired to begin writing about aspects of his life he had never communicated to anyone. But that was not enough. Having a conversation with family about his values and wishes became supremely important. He needed to find the courage to express what was in his heart, and talk about what life had meant to him and the memories he wanted to leave with us.

As a man who rarely spoke about feelings or painful experiences, this was my father’s Everest. He called the family together from far and wide, and as we sat together around the living room table, my father shared what he had written about his personal legacy. He asked first and foremost that we remember him for all that he tried to be and to give to his family, and forgive him for all the things he failed to say or do.

Of all my memories with my father, his words that day are what I remember most about him. His conversation with us about his personal legacy was the greatest gift he could have given. A gift I have held close to my heart ever since.

This is the impact of the Legacy Workshop. To guide people through a process of discerning the quality of their lives, how they will live the balance of their lives as fully as possible, and what they want to leave as a legacy for future generations.

As your organization supports people facing some of life’s more difficult passages, consider how the Legacy Workshop can be your resource for changing lives and building legacies.